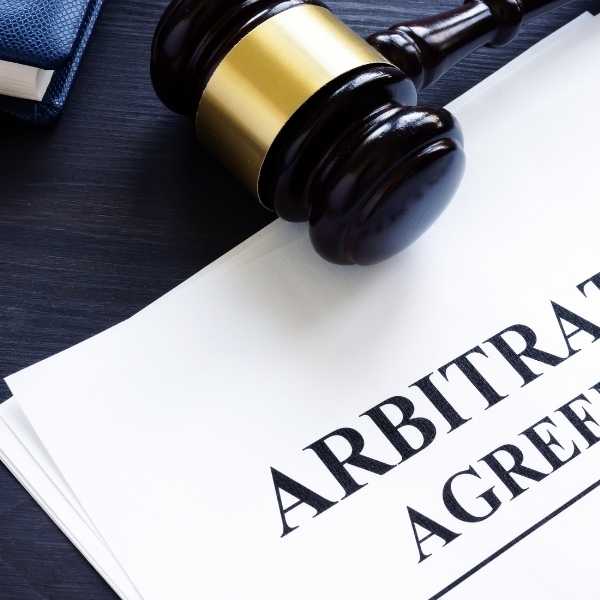 Many small business contracts provide that any dispute arising from the contract must be arbitrated rather than litigated in a state or federal court.  Unfortunately, these provisions are often included without a second thought to their practical meaning.  Before agreeing to arbitrate your small business dispute know this about arbitration:

Litigation of disputes normally takes place in the various courts of New York State.  As an alternative, people can agree to resolve their disputes outside of the traditional courts and authorize arbitrators to hear and decide their cases.  Technically, one could authorize any third party to be an arbitrator.  Such arbitrator would then decide your dispute based on his or her understanding of justice and fairness.  However, most contracts provide that disputes are to be arbitrated by specified arbitration associations, such as the American Arbitration Association or JAMS.  Most arbitration associations have arbitrators ready to spring into action and provide for a set of rules to be applied by the arbitrators in deciding the case.

Arbitration can be expensive.  If your claim against your adversary is rather small, the cost of arbitration may be too steep.  To get the arbitration going, you have to pay the arbitration association’s fees, which can be quite costly.  Look at the fee structure of the American Arbitration Association here. In addition, and even more costly, you will have to pay the arbitrator or arbitrators their hourly fees.  I’ve seen arbitrators charge hourly fees of $700 or more.  The filing of a complaint in  supreme court will cost you a “mere”  $210 and might be all you need for now to get serious settlement negotiations going.    Judges don’t charge the litigants hourly fees. On the other hand, litigation can quickly get very expensive in the long run.  The parties in litigation may spend huge sums of money on discovery (production and review of evidence) and motion practice.  An arbitrator may be able to control such expenses by only allowing limited discovery and motion practice.

Arbitration only allows for limited Discovery

The American legal system allows each litigant very broad access to the other side’s documents and other evidence, as long as it is relevant to the matter in dispute.  You can have parties testify prior to the actual trial in depositions.  In arbitration, depositions are rare and document discovery is often not even a fraction of what you would be allowed in regular litigation.

The public has no access to your arbitration dispute, whereas civil and supreme court litigation is a matter of public record.  The court papers can be seen by anyone with a rudimentary knowledge of the court system and court databases.  Anybody can appear to a hearing or trial in your small business dispute.  Depending on your outlook on publicity, this may play for or against you.

An arbitrator has much more discretion on how to lead the dispute proceedings, what evidence to allow and what law to follow.  Arbitrators are more inclined to let “fairness” and equity rule, even if not entirely within the constraints of prior case law.   This can make your arbitration case rather unpredictable.

More often than not, I feel that mandatory arbitration clauses are there to force the weaker party into a forum that is expensive, does not allow for much discovery, and is not appealable.  Not surprisingly, many banks and other powerful players force you to enter into these arbitration agreements. I usually advise against agreeing to an arbitration agreement.