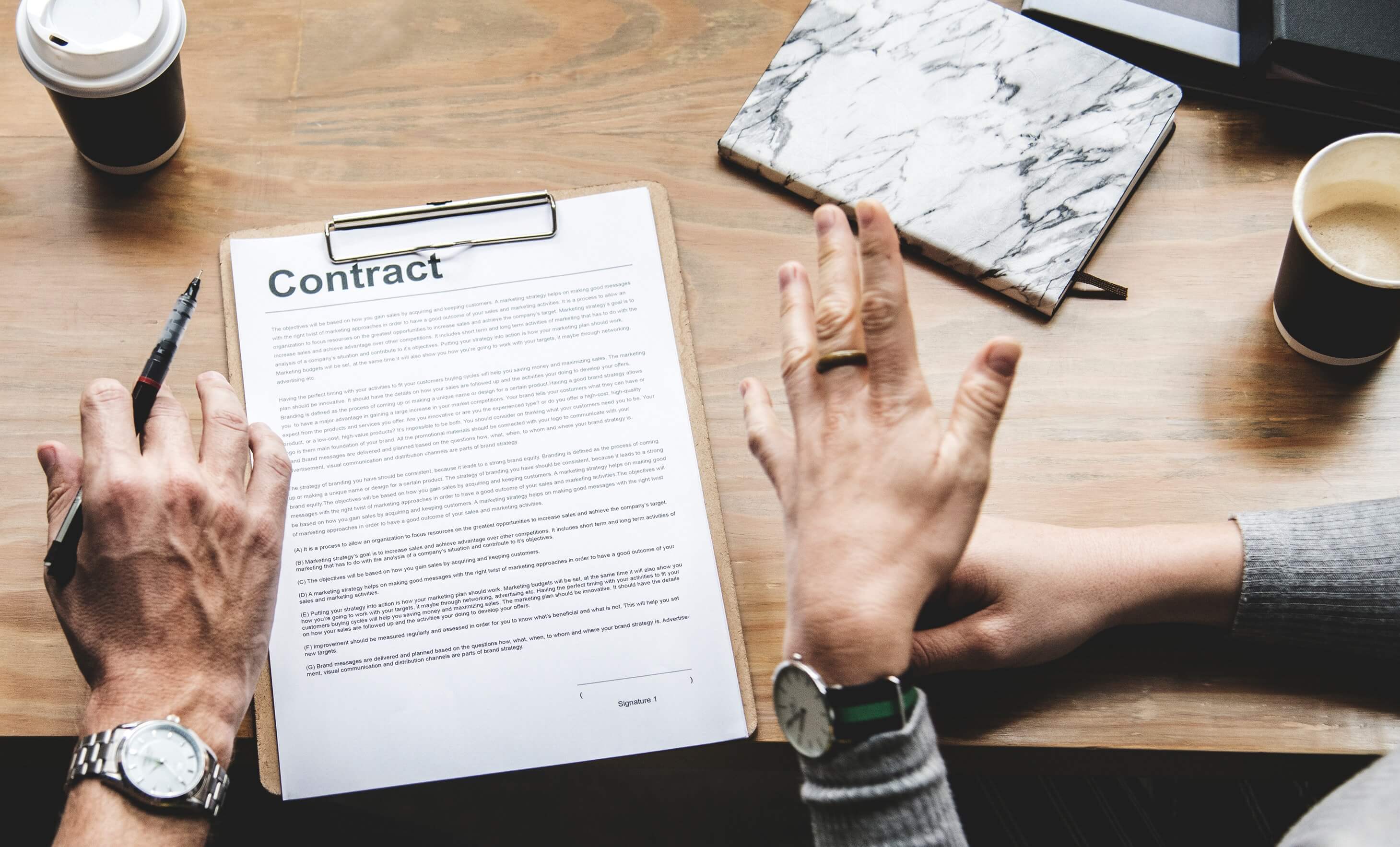 What kind of legal Mistakes should you avoid in Business Agreements?

Legal Mistake 1: Not Getting It in Writing

Get it in writing. No exceptions. All terms should be expressly stated in the agreement in detail.

Often overlooked crucial elements in an agreement:  When do you or the other side have to do things?  By next Tuesday, in a year, on September 2?  How much money has to be paid to whom and at what time?  Spell it all out.

Review the agreement for consistency and completeness. Think of possible scenarios that could occur in the course of your relationship with the other party and investigate the outcomes under the agreement. This process often unveils gaps or inconsistencies that should be fixed.

Make sure all definitions used in an agreement are used consistently and correctly.

Granted, agreements can get complex, and everything might sound like legal mumbo jumbo to you.  If that is the case, get a lawyer; see the point below.

Legal Mistake 2: Not Including a Governing Law Clause

Unless all the parties to the agreement are in one state and the subject matter of the transaction takes place exclusively in the same state, agree on a law to govern the agreement, for example: “This Agreement shall be governed and construed in accordance with the laws of the State of New York.”

Arbitration is costly and limits your rights to full discovery (the right to ask the other side for documents).  Just one example:  Bringing a lawsuit in New York Supreme Court costs $210 no matter the amount of your claim.  Bringing a claim in arbitration under the American Arbitration Association rules will cost a minimum of $775 for any claim up to $10,000.   It goes up from there.  And the filing fees aren’t the worst.  You have to pay the fees of an arbitrator.  In New York, you would be hard-pressed to find an arbitrator who charges less than $300 per hour.   There is no guarantee that you will get any of the fees back, even if you win.   I can’t think of any situation where arbitration would actually benefit the typical small business or small business owner.

So if you see the below clause, don’t agree to it.

“Any dispute, controversy, or claim arising out of or relating to this Agreement shall be finally settled by arbitration in New York, New York, by a single arbitrator in accordance with the Commercial Arbitration Rules of the American Arbitration Association then in effect. Judgment upon any award rendered in such arbitration may be entered in any court having jurisdiction.”

Legal Mistake 4: Not Getting a Fully and Properly Executed Copy of the Agreement

Legal Mistake 5: Not Getting the Full Agreement with All Attachments and Exhibits

Many agreements refer to exhibits or annexes, or attachments.  For example, an agreement might state, “the parties agree to sell the equipment listed in Exhibit A to this agreement.”   Ensure that all such exhibits, attachments, or annexes are actually attached to the agreement when you sign it and when you get the other party’s signature back.   Make sure that the exhibits say what you want them to say.  You have to have a full set of the entire agreement with all attachments, no ifs, and buts.   Try going to court, enforcing the sale of the equipment under the agreement but not having the exhibit that actually lists the equipment.

Legal Mistake 6: Not Noticing Last Minute Changes to the Agreement

It’s easy to slip in changes to an agreement before the parties signing it.  This could be by accident or with the intent to defraud you.   Make sure that the agreement you are signing has the exact wording you agreed to.  In Microsoft word, tools -track changes – compare documents, is your friend.  Then be in control of printing the final version.

Legal Mistake 7: Not Having the Right People Execute the Agreement

Make sure the parties to the agreement are properly identified. You can save yourself a lot of trouble by checking the proper name of the other party and making sure it gets cited correctly in the agreement. If the party’s name is “Dry Cleaner, Inc.,” just “Dry Cleaner” won’t do it. You can check the names of New York entities in the searchable database of the Department of State, Division of Corporations.

For more tips on how to execute an agreement, see here.

Legal Mistake 8: Not Getting a Lawyer to Review the Agreement

Finally, if the agreement is complex or a lot is at stake, get a competent lawyer to review it for you.  If you must review it yourself, also see Reviewing Agreements 101.

A good lawyer, such as myself, has years of experience spotting any issue in an agreement and can guide you to avoid legal mistakes in business agreements.  Call me to discuss your agreement!