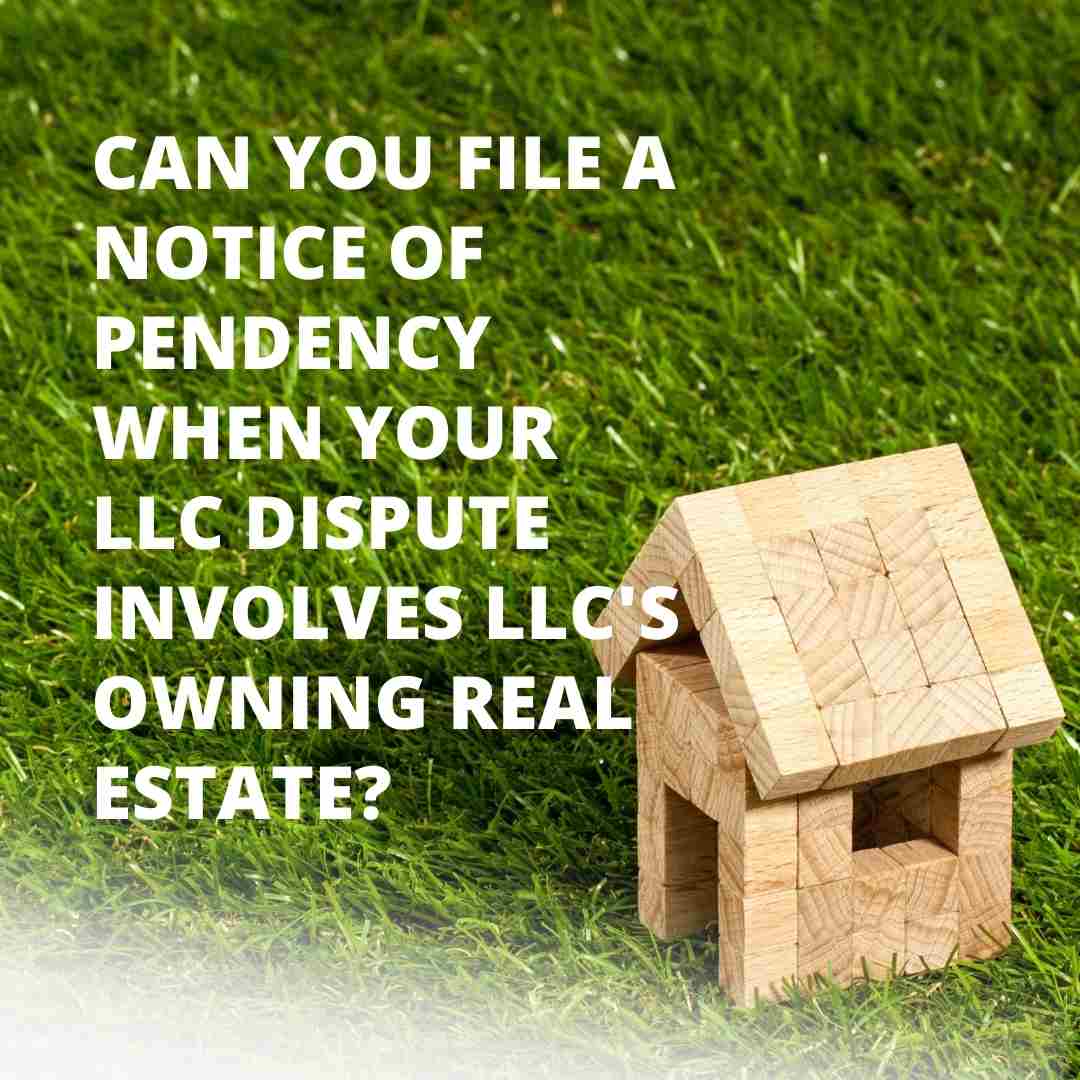 The court issued a big NO and ordered the plaintiff to pay the defendants’ costs and attorneys’ fees as a result of the improper filing and the cancellation of the four notices of pendency on the Subject Properties.  See Bharestani v Baharestani, 2022 NY slip Op 30898(U).

What is Notice of Pendency?

A notice of pendency is an official public filing on a piece of real estate that gives notice to the public that there are lawsuits pending which involve that piece of real estate. It can have serious consequences for the owner of the real estate.  One could be prevented from getting a mortgage or needed permits.  Not a good position to be in.

A notice of pendency can only be filed if the judgment in the action would affect the title to, or the possession, use or enjoyment of, real property. In Bharestani v. Bharestani,  the Court found that plaintiff was only seeking to enforce his membership interests in the LLCs, which has no bearing on title, possession, or use of the Subject Properties.

Why did the plaintiff get attorneys’ fees?

It is a rare occasion in the American legal system that a plaintiff or defendant gets attorneys’ fees for winning.  One exception is when the other side engaged in “frivolous” conduct.  The court said:

Additionally, the Court finds that defendant George Baharestani is entitled to recover costs and attorneys’ fees as a result of the improper filing and the cancellation of the four notices of pendency on the Subject Properties. Section 22 NYCRR 130-1.1 (a) of the Rules of the Chief Administrator of the Courts provides that “[t]he court, in its discretion, may award to any party or attorney in any civil action or proceeding before the court … costs in the form of reimbursement for actual expenses reasonably incurred and reasonable attorney’s fees, resulting from frivolous conduct.” Said conduct includes taking action that is “completely without merit in law and cannot be supported by a reasonable argument for an extension, modification or reversal of existing law” ([22 NYCRR] § 130-1.1 [c] [1]). The Court finds that although defendant George Baharestani had repeatedly advised plaintiff that the notices of pendency were a legal nullity and should be cancelled, plaintiff failed to cancel the notices of pendency and instead commenced the within action.

I don’t know how attorneys can get themselves in trouble like that.  Do they know their legal position is without merit and want to be aggressive?  It is absolutely not my style and I don’t advise a client to make legal maneuvers that I know are not warranted or do not have some chance of succeeding.